The time B Company Texas Rangers murdered a village

On January 28, 1918 , the crack and bang of gunfire broke the silence in the air. Bullets cut through the night air and ripped through the bodies of  15 men of Mexican Descent,  Texans,  fathers, sons, brothers, and tios. These bullets killed 15 innocent men and boys; 15 men and boys of a little village in a west Texas town of Porvenir.  The night of the massacre at Porvenir set in motion a chain of events that would forever change the face of the historical Texas Rangers.

I keep repeating “15 men and boys” for a reason. I want to give those of you not familiar with this story some context. Can you imagine how big of a news story it would be, if 15 men and boys  were killed in Texas today at one event ? It would be a national story.  Porvenir would have been swamped with the media coverage.

And while those 15 men and boys  perished that night, and their blood was spilled on the desert sand, their blood still runs deep in the veins of their descendants today. The fight for justice for those their family members will never cease. The families of the massacred of  Porvenir want their story told so that the truth may set their spirits free from the chains of lies, deceit, and cover-up that has happened for the last century. 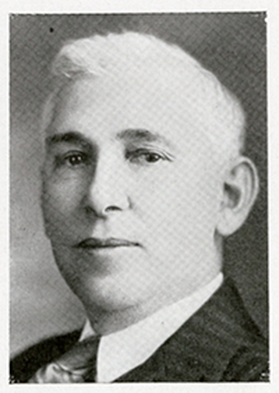 We also must not forget the people who stood up and fought for justice, no matter the cost.   Mexican American state legislator in Texas at that time was José T. Canalas.  He had the courage to stand up against the establishment and demand an investigation against the Texas Rangers.  Canalas held hearings on the massacre in the Texas legislature. Those hearings were not without repercussions for Canales. So much so that he ultimately did not run for another term due to the threats on his life, but not before ushering in a sequence of reforms that cleaned up the Rangers and set the Texas Rangers on the path to become the organization of well-trained and brave lawmen that they are today. Canales would later go on to become a founding member of the League of United Latin American Citizens, now known as LULAC.

​We can’t forget the school teacher, Harry Warren.  He refused to remain silent. He could have easily kept quite,  moved away with his family and he could have left the massacre behind to become a story lost in the West Texas winds;  but instead he insisted on bearing witness to this atrocity.  He immediately documented the tragedy and became a target for everyone around him to blackball him.  He could not find a job anywhere so he had to leave Texas and became a cotton picker in Arizona.  Years later he did returned to Texas where he belonged.  His granddaughter Olivia Warren Morales still lives in Texas.
​These two men, José T. Canales and Harry Warren ensured that the deaths of 15 innocent men an boys would not be in vain.

In January 1918 the residents of Porvenir were landowners and farmers, who raised livestock, grew produce, and raised their families in an arid desert climate. They were making a life in arguably the most challenging environment in Texas. In the mid-1910s Manuel Moralez, for example, owned farmland and raised cotton, and successfully irrigated his crops by diverting water from the Rio Grande. Moralez’s irrigation system helped him expand his venture. Residents also cared about education. Harry Warren maintained a public school where local families sent their children. He had approximately twenty students, boys and girls. Students came from the Bonilla, Flores, Gonzalez, Jáquez, Lares, Moralez, and Nieves families.

The massacre went unreported for weeks, and didn’t come to light until Captain J.M. Fox, of the Texas Rangers, told command that they’d been ambushed by locals suspected of having ties to a raid at a nearby ranch a month earlier; he characterized them as “thieves, informers, spies, and murderers.”  For nearly a century, Fox’s account was widely accepted as fact. But in recent years, researchers and descendants of the massacre began unraveling the truth of what transpired that day.

In the hours, days, and weeks following the massacre, the surviving families had to decide where to seek safety and where to live. The families abandoned their homes. They crossed into Mexico and received refuge and aid from Mexican troops stationed near the border. The families received permission to retrieve the bodies of their loved ones and bury them in Mexico. The massacre triggered an investigation by the Mexican government. The survivors provided sworn statements, including Juan Méndez, who wrote an official testimony of the massacre for Gen. J. C. Murguía in Ojinaga. He wrote, “as testimony of the men assassinated at Porvenir, Texas and to represent them as a suffering people seeking refuge on the soil of our Mexican home land. . . . General: all the suffering women and families who have become orphans ask aid of you and our Government.” By February 15 the Mexican embassy led a formal protest with Secretary of State Robert Lansing and asked that the State Department charge assailants with responsibility and “to apply to them a well-earned punishment.”

Following the massacre, the Texas Rangers and the ranch-men submitted reports and statements attempting to justify the massacre. They described the residents of Porvenir as “thieves, informers, spies, and murderers.” They accused the victims of being suspects in a raid on the Brite Ranch a month earlier (see BRITE RANCH RAID). They provided an account that suggested they came under fire from a group of unknown men hiding in the brush and that they returned gunfire in the dark.

Investigations by Mexican consuls, U. S. soldiers, and the United States State Department found that the victims of Porvenir did not die in a shootout, but were killed while they were unarmed and in Texas Ranger custody. With growing federal and diplomatic pressure, the Texas governor responded to the mounting evidence. On June 4, 1918, Governor William Pettus Hobby disbanded Company B of the Texas Rangers, firing Andrew Charles Baker, Max Herman, Bud Weaver, Allen Cole, and Boone Oliphant, and transferring J. R. Bates, O. C. Dowe, S. H. Neill, A. H. Woelber, A. G. Beard, N. N. Fuller, and Frank Patterson to Company D. He also pressured the captain of Company B, James Monroe Fox, to resign.

Fox’s forced resignation, firing five Texas Rangers, and disbanding Company B offered a rare occasion when state police faced reprimand and dismissal for extralegal violence. Despite the damning evidence, however, no participants in the massacre were prosecuted for their involvement. On July 19 Mexican ambassador Ignacio Bonillas wrote to Secretary of State Robert Lansing regarding Harley’s letter. He pressed his hopes that “in the judicial investigation there may result not only the resignation of the Captain of the rangers, J. M. Fox, but the punishment which he and the others who are found guilty merit, because this is demanded by justice and the good name of the Federal authorities and of the State of Texas.”

What happened in Porvenir was far from the first act of violence the Texas Rangers perpetrated against Mexican Americans—but by the time of this attack, the community was desperate for justice. Crucially, the documentary dives into archaeological evidence uncovered in 2015 by Sul Ross State University archaeologist David Keller that proved that every bullet fired during the attack was government-issued—a fact that essentially absolved the people of Porvenir of what had allegedly provoked the attack.

Another critical piece of evidence is the reenacted account of Harry Warren, an Anglo schoolmaster in Porvenir whose father-in-law was killed in the massacre. Enraged by the senseless act of violence, Warren sought justice by writing detailed notes about those who were murdered, complete with testimony from the surviving members of their families.

Years later, Warren’s account served as confirmation of what transpired that day. One Porvenir descendant, Arlinda Valencia, lost her great-grandfather Longino Flores in the attack; her great uncle, Juan Flores, just twelve years old at the time, was the sole eyewitness. At a family funeral, she said family members whispered about Longino having been murdered at the hands of the Texas Rangers, but it seemed too outlandish to be true.

When she began looking into it as she got older, she found her great-grandfather’s name on the list of those killed, as well as her great-grandmother’s account as told to Warren. But she also uncovered information that blamed her ancestors for the attack.

“I was shocked,” Valencia says. “They weren’t bandits, they weren’t squatters, it’s just not true. My great-grandfather was murdered and, later, my great-grandmother killed herself. That traumatized my father. My whole family suffered. And for years, no one knew why.”

Ultimately, the Rangers were found guilty of gross violations of civil and criminal laws, including the killing of up to 5,000 people, largely of Mexican descent, between 1914 and 1919. Led by Canales, the investigation helped pave the way for stricter recruitment guidelines that transformed the Rangers into the elite organization it later came to be known as. Yet none of the Rangers implicated in the Porvenir massacre were ever found guilty of murder.

This particular injustice serves as the backdrop for the film’s closing chapter. In 2018, descendants from across the country gathered to meet at the Texas Capitol in honor of the massacre’s one hundredth anniversary. Many of them expressed pain and frustration that their ancestors had never formally been vindicated.

“Those fifteen men who were killed were the straw that broke the camel’s back,” Valencia says. “Their deaths made the Rangers into the group that we know today, but they need to acknowledge what they did and apologize, so that my great-grandfather did not die in vain.”