Who’s the Drunk Blonde in a Chevy Making a Buzz by Running for the Supreme Court of Texas with a Bottle of Mike’s Hard Lemonade to Go?

STATE DISTRICT JUDGE GISELA TRIANA, 48, HAS BEEN CHARGED WITH DRIVING WHILE INTOXICATED AFTER ATTENDING AN AUSTIN TAPING OF “JIMMY KIMMEL LIVE” ON FRIDAY.

Triana allegedly had an empty bottle of Mike’s Hard Lemonade sitting in the center console of her Chevrolet Suburban when police pulled her over Friday, according to an arrest affidavit.

A Travis County judge who had an empty bottle of Mike’s Hard Lemonade sitting in the center console of her Chevrolet Suburban when police pulled her over in March won’t face drunken driving charges.

Travis County misdemeanor records show that a driving while intoxicated charge against state District Judge Gisela Triana, 48, has been reduced.

Triana will instead face a citation for speeding, according to the American-Statesman.

“We reviewed this case, as we do with all DWI arrests, and the evidence was lacking to prove the DWI offense beyond a reasonable doubt,” Escamilla told the American-Statesman. “The video taken that night of Judge Triana performing the standard sobriety tests show her performing those tests within the perimeters of a person having the normal use of their physical and mental faculties.”

In a statement provided by lawyer Brian Roark, Triana said, “As the investigation into my conduct of March 20, 2015, comes to a close, I again want to express my disappointment in myself for having made the investigation necessary. I have asked that the video, blood test results and incident report be made immediately available to the press and public, without delay and without the necessity of a formal Open Records request.

“I have learned several valuable lessons, but most importantly, I have learned that I must be more careful when consuming alcohol. I have always thought I was responsible with alcohol, but the reality is that I was unnecessarily careless that evening. I will certainly be more careful in the future.”

An Austin police officer pulled over Triana for going 47 mph in a 30 mph zone at around 11 p.m. on March 20, according to an arrest affidavit.

Triana told the officer she had consumed four alcoholic drinks, two at an Austin taping of “Jimmy Kimmel Live” and two at Zax Restaurant & Bar, the affidavit said.

The judge was cooperative, but had a strong alcoholic beverage odor, glassy eyes and was swaying, according to the affidavit.

Triana failed multiple field sobriety tests, the affidavit said, failing to touch heel to toe, stepped off line twice and took the wrong number of steps. The judge refused to submit to breath exams or blood draws to allow law enforcement officials to measure her blood-alcohol level, according to the affidavit.

Despite overwhelming evidence Triana was intoxicated, she was alert enough to invoke her rights not to submit to breath tests or blood draws allowing her time to sober up.

Judge Gisela Triana has served at every level of the Texas judiciary except for one — and she hopes to change that next year.

Triana, a Democrat who is less than a year into her first term on the 3rd Court of Appeals, announced a campaign Thursday for the Texas Supreme Court — the state’s highest court that hears civil cases.

In a statement released by her campaign, she said she will challenge Republican J. Brett Busby for Place 8 on the court. The longtime Austin judge is not required to resign from the lower court to run.

All nine justices on the Supreme Court are Republicans, a disparity that solidifies Triana as the underdog as Democrats try to ride a wave of momentum and turn the state blue in 2020. The last Democrat to serve on the court was Rose Spector, from 1993-98.

“It’s time for a change,” Triana said. “Simply put, we need more balance on the Texas Supreme Court, a balance that is unfortunately lacking today. Access to justice is more than opening the courthouse doors to people. It means giving them justice once they are there.” 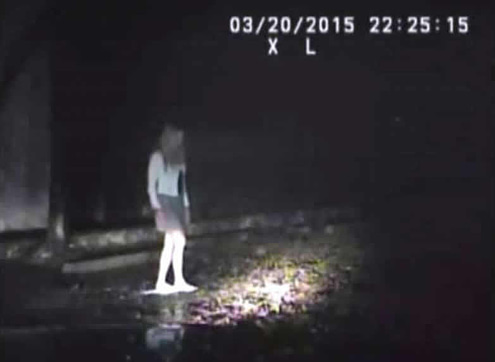 Triana earned a seat on the 3rd Court of Appeals last November with a nine-point win over Republican and Abbott-appointee Michael Toth. Her victory helped Democrats sweep all four races on the court, which serves a 24-county area around Austin.

Before being elected to the 3rd Court, Triana was a Travis County civil district judge. She rose to that position from other benches in Austin: Municipal Court, Justice of the Peace and County Court-at-Law.

Triana, a University of Texas School of Law graduate, has been a judge for 24 years. Thursday’s campaign statement describes her as a “soccer mom” to five children.

Busby, her opponent, was named to the bench by Gov. Greg Abbott in February to replace Justice Phil Johnson, who retired. Busby’s appointment came after he was ousted from the Houston 14th Court of Appeals last November as part of a series of Democratic victories in urban-area appellate court races.