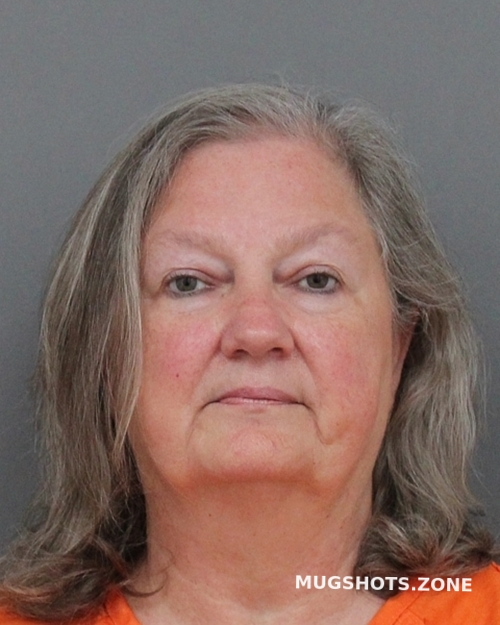 Code § 37.10 – Tampering With Governmental Record (a) A person commits an offense if he or she: (1) knowingly makes a false entry in, or false alteration of, a governmental record; (2) makes, presents, or uses any record, document, or thing with knowledge of its falsity and with intent that it be taken as genuine.

County Judge Chris Davis’ secretary and personal assistant has been busted for doing what long term county employees do best within their culture of corruption. Peggy Cornelius has worked in Cherokee County government since 1993 as Chris Davis’ handpicked administrator, running Commissioner’s Court agenda, and as the county’s software custodian. Their friends and family in the County Clerk’s office run Cherokee County’s election system. Cornelius received her 25 year service award in 2019, even though courthouse officials are gearing up to pretend they never saw her before. Kinfolk use their heir apparent position to help themselves to taxpayer funds, like they’ve been doing for the last 30 plus years. Cornelius just got caught in her old age.  Charges include tampering with government records, i.e. notarizing a fake Power of Attorney, and lying about it to arresting officers.

Peggy Cornelius and another county employee have been under investigation beginning last month according to Sheriff Dickson, after a bank in Jacksonville, TX reported a fraudulent Power of Attorney. Cornelius has been released from Cherokee County jail on $5000 bond along with her co-conspirator in the County Auditor’s office. Chris Davis and local media are keeping mum on her arrest. We will update if and when facts are (rarely) reported by outside news agencies. No word from the victim yet, either.

The case is “ongoing” meaning the nepotism and lying never ends. 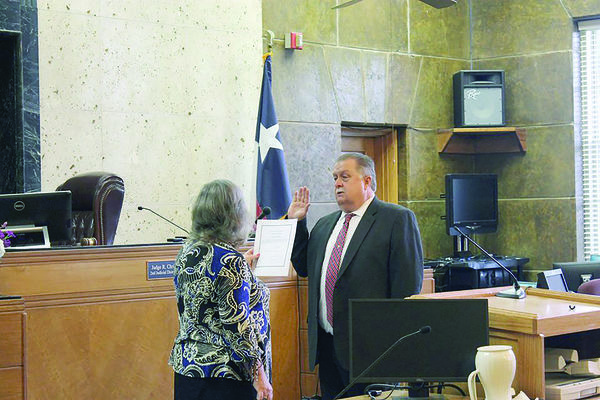 County Judge secretary Peggy Cornelius swears Cherokee County Judge Chris Davis into office on Jan. 1, 2019 in the county courtroom at the Cherokee County Courthouse in Rusk. (Courtesy Cherokee Co.)
Peggy Cornelius’ job is to make sure County Judge Chris Davis keeps his. Apparently so is the job of the local newspapers.
Cornelius has access to the county’s entire IT management system and has the goods on every elected official and employee. Expect a speedy resolution to her Felony Tampering charges. Don’t expect an explanation in Chris Davis’ personal hometown rag, The Cherokeean Herald. After publishing her every trip to the grocery store for the last 30 years, as of last week Peggy Cornelius has ceased to exist. No need for the city newspaper where the crime occurred to inform their readers. If they close their eyes, hold their breath, and write stories about puppy dogs, maybe all this will go away. If they don’t mention County Judge Chris Davis by name, maybe his secretary everyone knows will get a fair trial…
The suppression of information is the mark of thieves and cowards. 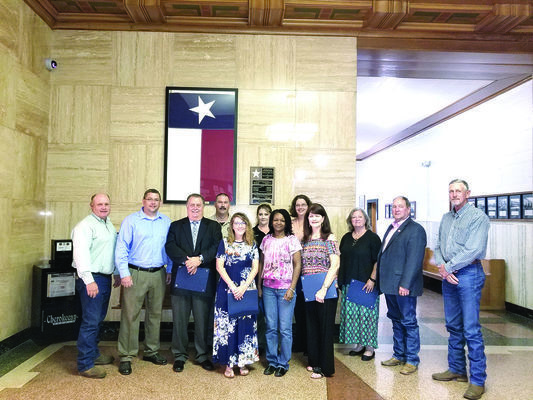 Who is paid to alter county data reporting for property tax purposes?

Underlings forged District Judge Bascom Bentley’s signature on court documents, so what’s wrong with a little fake Power of Attorney to defraud the elderly out of their property?

Cherokee County courthouse employees have access to personal emails, business calls, and first dibs on taxpayer money. Commissioners and those in the family clique enjoy county bulldozers maintaining their private properties, along with yard care provided by probationers. Sex offenders on good behavior are carpooled in for Jury Duty, then dropped off at elementary schools or the local golf course to help clean up the grounds. It’s par for the course.