Another strung out sex offender with nothing to lose, another slap on the wrist; another illegal gun, another local victim. Another drug dealer in and out of jail to snitch on his buddies; another day in Cherokee County, Texas.

This isn’t the first time Timothy Gorko has been arrested in Cherokee County for being a paroled felon with a gun. Gorko, age 37, has been living in Rusk, Texas for the last 10 years under Cherokee County sex offender supervision from a 2008 statutory rape conviction in Pennsylvania. He was charged last month in Montgomery County, Texas for dealing crystal meth in the Conroe area. Takes a lot of tobacco spit to keep up with this guy.

How does a paroled sex offender with multiple drug charges get released on bail?

Meanwhile, back at the crack house in Rusk, TX:

One month later on Monday 12/13/2021, the Cherokee County Sheriff Department was alerted Tim Gorko had shot at his girlfriend and another person during a domestic dispute. Before deputies arrived, Gorko forced one of his neighbors at gunpoint to drive him to Lufkin to evade arrest. After a high speed chase, he was apprehended by the Highway Patrol. Gorko was shot in the neck during the traffic stop and taken back to Rusk; the hostage driving the car was shaken but unharmed. Timothy Gorko is charged with aggravated assault, kidnapping, evading arrest, and of course, delivery of a controlled substance called crystal meth. (Source: KETK)

Police released the body cam footage of the incident, however Cherokee County and local media did not release Timothy Gorko’s extensive CRIMINAL HISTORY and SEX OFFENSE status. Gorko is a Lifetime Sex Offender. His supervision by the Cherokee County Sheriff’s Office began in 2012. He was officially released from parole in 2016 while he was actually incarcerated for violating his parole. Gorko was out on bond during this latest hostage standoff. Because he is a sex offender with a gun and multiple arrests, this story has dropped off the East Texas news boards.

Timothy Gorko was on parole when he moved to East Texas. After settling into his new digs in Cherokee County, Gorko was arrested in 2015 for absconding his sex offender registration and charged with unlawful possession of a firearm by a felon. He pleaded no contest, sentenced to 2 years TDCJ, and released in 2018. (Source: Jacksonville Progress, “3 arrested during sex offender compliance check” Dec 11, 2015)

Anyone with two working brain cells know this drug addict was constantly being monitored and his meth connections surveilled.

Gorko has been in and out of Cherokee County custody for drug possession and parole violations, making him the perfect Jail House snitch, until something goes wrong. And it usually does when drugs are involved. (Source: Jacksonville Progress, March 12, 2016) The District Clerk will have to strike Timothy Gorko’s name from the next jury pool headed to the courthouse basement.

The criminal justice system in Cherokee County Texas is there only to enrich the District Attorney, a small group of lawyers on the Rusk square, and a handful of people running the place into the ground. Law enforcement still operates in the lazy 1970’s, while their drug informants on the dole are getting more violent and more dangerous to the public. State Senators and Representatives, the FBI, and Texas Rangers all look the other way while those at the top of county government like Carl Phillips steal money and molest children for decades. 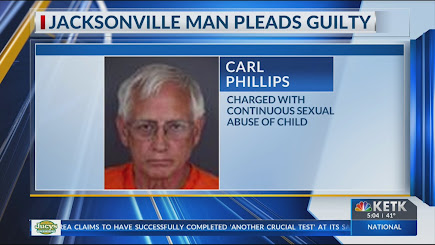 Crystal meth dealers and out of state sex offenders pour into the area because they know if they cooperate with authorities, they’ll be part of the clique.

In 2020, father and son Theodore Smith and James Smith moved from California to Cherokee County, TX because it is a safe haven for child molesters. They knew convicted pedophiles are called for jury duty and the District Judge’s signature was forged to release sex offenders. They thought if they ever got caught, they’d be in good company with the former head of the Cherokee County Probation Department who filmed and raped children.  In October 2021, the two were arrested in their Alto, TX  home after Sacramento law enforcement made a discovery on their California property of a horde of child pornography dating back decades. Theodore Smith was extradited back to California, charged with 34 counts of lewd acts with a child and his bond set at $7 million.

Theodore Smith, 86, and his son James Smith, 62, who live in Alto, Texas, were arrested and are in custody awaiting extradition to California for their alleged involvement in the sexual assault of children, according to a news release.

The case leading to the arrests emerged in mid-March, when a Sacramento County resident who was renovating a recently purchased home discovered hundreds of images containing child pornography and children involved in sex acts, according to the news release.

Detectives who inspected the images believed the pictures were taken between 1985 and 1995 and were left behind by the previous residents of the home, who had moved to Texas the year prior.

On Wednesday, sheriff’s detectives assisted by two Texas sheriff’s offices and the U.S. Department of Homeland Security served a search warrant at a home in Cherokee County, Texas. After that, arrest warrants were issued for the two men. The elder Smith was arrested at home in Alto while his son was arrested while on a trip back to California, according to the news release. (Source: Sacramento Bee, Oct. 15, 2021)