Thomas Parnell McNamara Jr. dob April 1946 is the current elected Sheriff of McLennan County Texas, Waco.   Former Deputy U.S. Marshal, and brother of Mike McNamara. They helped instigated the nationwide manhunt that led to the arrest and ultimate execution of Kenneth McDuff in 1992.

Uncle of actor, screenwriter and director Taylor Sheridan, McNamara acted as consultant to Jeff Bridges for his lawman role in Hell or High Water (2016) which was written by Sheridan.  Was an active U.S. marshal during the 51-day siege at a Branch Davidian Complex outside Waco, Texas (1993).

Founded as The First National Bank of McGregor, TFNB is the oldest bank in McLennan County and the seventh oldest national bank in Texas operating under its original charter. In 1957, we moved from our original location to a more modern building across the street and two blocks south to 401 S. Main St. TFNB was purchased in the 1960’s by a group of area businessmen including two stakeholders, Pat Beard and David Kultgen, lifelong business and law partners. TFNB is now led by a new generation of bankers known as McGregor Bancshares, Inc. Beard’s son Mike oversees TFNB from our downtown McGregor location, and he serves as TFNB’s chairman and CEO. Kultgen’s children serve as directors on our board. In 2000 Mike Beard hired Waco native David Littlewood as president to run the bank.

Sheriff McNamara fired Sherre Beard after a vocal smackdown at La Fiesta Sherre Beard had with David Littlewood. THIS is how the Sheriff talks with Littlewood about Sherre Beard. He protects David Littlewood from being butt hurt because Sherre called him the “P” word and a few other choice things Littlewood and others took photo shots of and taped. Personally, this woman is my goddess in a whole County full of nutless menfolk so far. Sheriff McNamara squirms out of a Subpoena the Beards put on him which I will print the meat of because no one can question Parnell McNamara, government in secrecy and Waco Banking problems shifted to the quiet of Dallas. The future and monies of people here is going on where NO ONE knows and if you tell, well, Barry Johnson better get ready for some more fake “harrassment” claims.

THIS is an excerpt from a Court Document, yes, it’s a segment, but the rest is just as terrible and telling. Where the hell are the Feds?

The entire copy is long, many signed pages etc. Don’t think I don’t have the Public Record I do. THIS is the heart and meat of it, well, not really. The heart and meat of this is that your Sheriff doesn’t want to answer to anyone. He has RICH powerful little friends and his ex employees and those he doesn’t “like”, just like me, have “Complaints” against them that our Fool Sheriff tries to make walk and talk with poor Barry Johnson who has gained the Sheriff’s ire because he won’t prosecute old cat ladies and other people.

Where are the gawddamned Feds? I remember when Vic Feazell was indicted for a whole damned lot Less than this shit.

Is our entire government brain dead? WHY are we letting public officials get away with this? Is everyone so scared of banks, moneylenders, and an unbridled Sheriff that needs to go home?

A gay man grows up on a beautiful farm in Crawford, near former President Bush’s Farm. The man and his partner decide to turn part of the farm into a gay ranch, they go to David Littlewood with this idea and ultimately wind up building their dream. They are over extending and the bank knows it, they know that a gay ranch in Trump Country is probably a bad idea but Littlewood and TFNB does it anyway.

I kept saying, WHY would a banker lend money on this, a lot of money? Well, allegations are that Littlewood always loved this property and wanted it for himself. You could say that all he had to do was wait, and sure enough, like anyone with a fkn brain could tell, the place went bankrupt. The owners are devastated and Littlewood is poised to get some prime property.

Chip and Joanna Gaines no longer bank at TFNB, something happened and they stopped being buddies with Littlewood, coincidentally, their goats were shot to death right after they discontinued their TFNB Bank for Life experience. Just a coicidece I am sure.

The Sheriff’s department was too busy rounding up underage oriental teenager girls to bother with goats I suppose, they never solved that case, which brings me back to Lillie Hefele. “We are working closely with the Waco Police Department to bring this person to justice,” Magnolia public relations director Brock Murphy says in a statement. “We’re saddened and shocked by this senseless crime, and at the same time, so grateful for the outreach and support from our community.”

Workers at Magnolia Homes — the rural complex made famous by the Gaines’ hit HGTV show — discovered the slain goats, which the family kept in a corral for visitors to pet.

“These animals were in a small, confined area,” he says. “They couldn’t get away from whoever did this.”

The workers notified the police who are investigating it as cruelty to livestock, which is a felony.

“Somebody like that doesn’t need to be out on the streets,” says Swanton. “We’re going to do what we can to put them behind bars.”

The incident occurred after business hours and no visitors or employees were harmed.

“Chip and Joanna have done so much for Waco,” says Swanton. “People are really mad that this happened to them.”

Sheriff Parnell comes after women, he saves “little girls”, if you want justice from the Sheriff you have to be a 16 year old virgin. Well, unless someone or a few someones are on the film then it’s all gone gone. Ask yourself HOW MANY BANKERS GOT THEIR HAPPY ENDING AT ZANG’s.

Sherre Beard, who was FIRED by Parnell McNamara after years of unpaid service is the woman who funded a 50K reward for information about who the ass was that killed the wonderful goats at Magnolia. Sherre is an animal lover and has a heart. Our Sheriff thinks it’s okay for a bank president to harrass her, hell, ole Parnell FIRED SHERRE BEARD for an outburst at La Fiesta that conveniently happened when the place was packed with LAW ENFORCEMENT and Sherre was provoked by David Littlewood, many tapes and videos by law enforcement memorialized this, ask yourself why. They push and push and there’s no place to go, your Sheriff is a crook. 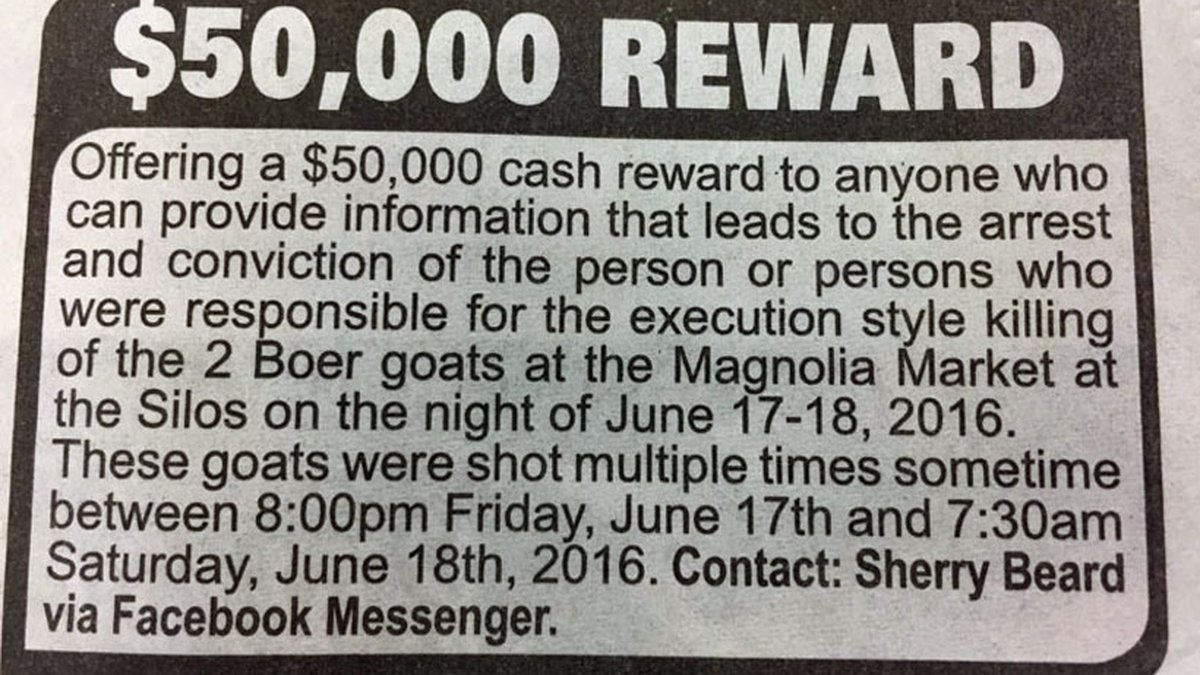 Here’s a Mechanic’s Lien Contract, well, the first and last page, the rest is a Standard Mechanic’s Lien form, the main thing is that it’s nice to see Parnell taking care of his MALE BIG BOY Deputies, they’re not fired, they get loans at TFNB from David Littlewood himself.

WHERE THE FK ARE THE FEDS?

WHERE THE HELL ARE THE FEDS???

You have a bad Bank President doing whatever the hell he wants to and his lap dog with the wife that likes to make “Loans” herself until that gets to be a problem, oh, well, your BANK FOR LIFE will help make that okay. Isn’t Charlotte the Sheriff? Hmmm.

People have had to resort to keeping their own files, making their own timelines, using public information, and proving what the hell everyone has known for a long time. The Sheriff is one miserable sob, his wife runs the show and they both like toys and trips, ANONYMOUS sources send out messages in bottles practically looking for help for the corruption and good ole boy system inside the Sheriff’s department where if you aren’t sucking ole Par’s ego you’re FIRED for calling a Bank President a “Pussy” at LaFiesta.

What a guy. He turns “in” ole cat women, he won’t help people whose mother is practically Brittany Spears being held captive by the Justice family, burying family members in other people’s plots, can’t solve a goat murder, wonder why, KNOWS who the suspect is, hello, but you can do whatever you want to do as long as Parnell has money money to burn.

Guess who’s redoing the old McNamara home with no visible signs of piss drip money except his paycheck which he cashes.

FOLLOW THE MONEY, follow the people who are afraid in Waco because THERE IS NO LAW HERE.WHERE ARE THE GAWDDAMNED FEDS?

THIS man has gone too far.

Don’t get excited Parnell, I didn’t put any of your “addresses” up here so don’t go running off crying to the Rangers again. This is ALL Public Record, see the stamps on the bottom? No one is doing anything slanderous against ole Par except in his own mind. Public Records, yes, Federal and State.

This loan is approved by David Lacy. Yet another bank. Guess everyone wants that big Bosqueville property when Par goes to the big Hielo in the sky.

It’s so nice to have the biggest stick in town, wear your hat, have your power, make your buddies Junior Deputies.

Please for the good of my readers, remember that if one doesn’t have the income to support this and putting your wife’s name on titles won’t help after death in case anyone out there is thinking about it.

Your Sheriff is a high, high rolling guy. 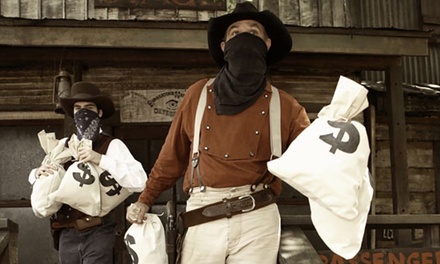