Cult of Glory: The Bold and Brutal History of the Texas Rangers

Of the creation myths of the Lone Star State, the doomed defense of the Alamo shines the brightest, followed closely by the frontier exploits of the Texas Rangers.

Their roots go back nearly two centuries to the first Anglo settlements in East Texas, led by Stephen. F. Austin, which formed mounted patrols to fight the Indians.

These days, the Rangers are a modern investigative agency, numbering about 150 and unfamiliar to most Texans.

Over the decades, their glamorous image as the iron-willed, hard-charging foils of border bandits, wild Indians and outlaws made them irresistible to Hollywood. 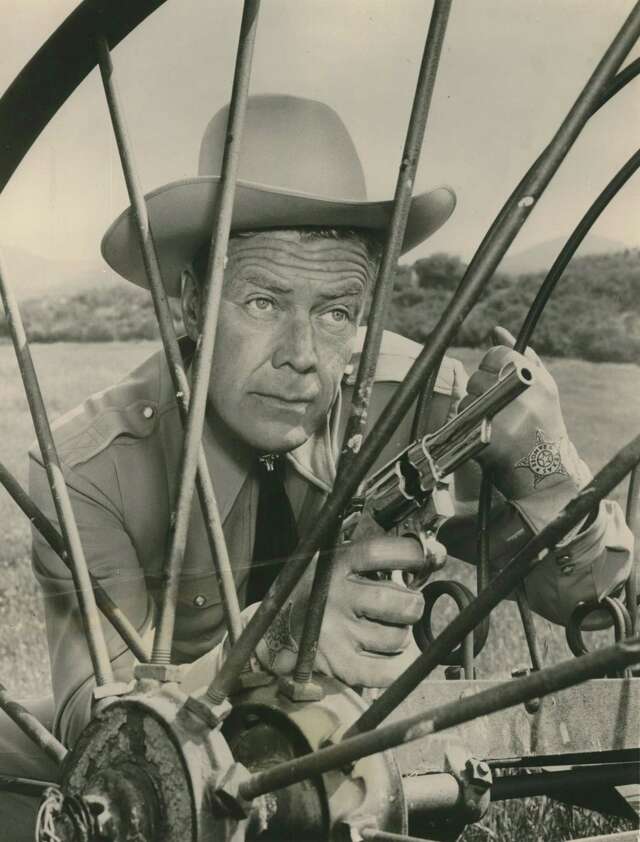 In movies and television shows, square-jawed, western he-men from John Wayne and Roy Rogers down to Chuck Norris have played the role of the resolute lawmen with white hats and six-shooters.

Today, two museums recount the glories of the Rangers, which range from catching bank-robbing desperados Bonnie and Clyde in 1934 to allegedly quelling mobs and riots singlehandedly.

“The good guys wore the white hats, and the Rangers were the good guys. And the good guys always won,” said former Ranger Joe Davis, who helped establish the Texas Ranger Historical Center in Fredericksburg. The official state-run Ranger Hall of Fame and Museum is in Waco.

But, as a familiar truism holds, history is usually written by the winners, who tend to leave out or sanitize darker chapters.

And according to “Cult of Glory: The Bold and Brutal History of the Texas Rangers,” a densely researched new book by Doug Swanson, 66, a former investigative reporter for the Dallas Morning News, there is a lot more to the Ranger story than fighting the bad guys and protecting the public.

Although the Rangers acknowledge past shameful episodes, including “serious crimes” that led to the loss of many lives, they stop well short of coming clean, according to Swanson.

“They were the violent instruments of repression,” he writes. “They burned peasant villages and slaughtered innocents. They committed war crimes. Their murders of Mexicans and Mexican-Americans made them as feared on the border as the Ku Klux Klan in the Deep South. They hunted runaway slaves for bounty.”

In addition, “They violated international law with impunity. They sometimes moved through Texas towns like a rampaging gang of thugs. They conspired to quash the civil rights of black citizens. They busted unions and broke strikes. They enforced racial segregation of public schools. They botched important criminal investigations.”

In sum, according to Swanson, the Texas Rangers “served the interests of the moneyed and powerful while suppressing the poor and disenfranchised. They have been the army of Texas’s ruling class. And they have consistently lied about it.”

Over five years of digging into historical records, Swanson said, he found wholesale distortion and embellishment.

“I wasn’t gunning for the Rangers, but in doing the research the patterns started to emerge. As I started looking into into individual incidents, it became clear to me that this Ranger image has been crafted, and many times is a fraud,” he said.

At more than 400 pages, backed by 34 pages of single-spaced footnotes, “Cult of Glory” will likely withstand challenges to its accuracy.

Its tone is matter-of-fact, and Swanson does not make the mistake of imposing contemporary values on bygone days. He does, however, meticulously fill in the historical voids and correct the misrepresentations.

And for any student of Texas history, the book is a treasure, on several levels.

The supporting cast includes knaves and villans such as outlaw John Wesley Hardin, Mexican General Santa Anna and swindler Billy Sol Estes. There is also a certain one-eyed drifter named Henry Lee Lucas, who took credit for dozens of killings and proved a huge embarrassment to the Rangers.

And, whatever their faults, the Rangers were often a wild and daring bunch, which sometimes left a strong impression on observers.

“The Rangers were the Scouts of our Army, and a more reckless, devil-may-care looking set, it would be impossible to find this side of the Infernal Regions,” wrote Samuel Chamberlain, a U.S. Cavalryman who fought in the war against Mexico that began in 1846.

“With their uncouth costumes, bearded faces, lean and brawny forms, fierce wild eyes and swaggering manners, they were fit representations of the outlaws which made up the population of the Lone Star State,” he added.