A lawsuit alleging corruption at the Texas Department of Public Safety spills over into the unsolved 2016 murder of prominent Longview businessman Ronnie Horaney.

Clevenger accuses DPS Director Steven McCraw of allowing a “good old boy” culture to flourish in the state law enforcement agency. Clevenger lists multiple examples in which he says Lubbe tried to report wrongdoing within the department only to suffer repercussions to his own career.

Lubbe said Wednesday that he served 19 years in DPS, including extended special operations work on the Mexican border. He had accrued a year of unused sick leave, for a total 20 years’ service by the time he retired.

He said his troubles with his superiors began in 2014 after his captain in Mount Pleasant, Mark Milanovich, began pressuring him to attend a cowboy church the captain liked.

“ … (T)hat triggered an ongoing campaign of harassment from the captain and his cronies,” the lawsuit reads.

Lubbe said he is a Christian who felt his captain was overstepping his proper leadership role.

“My religion is between me and God,” he said. “And it wasn’t anybody’s business.”

Lubbe left DPS in the wake of a 2017 “nondisciplinary transfer” to Conroe where he believed a hostile supervisor awaited his arrival.

“It’s a corrupt system,” he said. “They’ll lie and steal, falsify documents. … I love DPS. But I don’t fall into that category of being a ‘yes’ man when (stuff) is wrong.”

The public safety department, and the Texas Rangers division that’s attached to it, had not filed a response by Wednesday evening. A request for comment sent to DPS communications in Austin drew this reply:

“Thank you for your inquiry. The department looks forward to refuting these spurious claims through the proper legal proceedings.”

Clevenger, a New York attorney hailing from Longview, is a longtime critic of and legal saddle burr for DPS. He also is a  former Camp County sheriff’s deputy and was a News-Journal reporter in 1994 and 1995.

Page 19 of the filing contains the Longview murder connection.

“In January of 2018, DPS supervisors discovered that (Texas) Ranger Brent Davis was involved in an ongoing sexual relationship with Faezeh Pour Mogahdam Horaney of Longview. That might not be noteworthy but for the fact that Ranger Davis was also leading the investigation into the May 30, 2016, murder of Mrs. Horaney’s husband, Ronald ‘Ron’ Horaney, a well-known businessman who was gunned down in front of his house.”

Clevenger said the claim about the affair was included in the suit because it’s indicative of protocol departure his client alleges.

“When you’re trying to prove selective enforcement … you have to show that your client was treated differently,” he said. “If your investigating Ranger is sleeping with a victim’s wife, that should have been disclosed. DPS should have told the D.A.”

Gregg County District Attorney Carl Dorrough said Wednesday the lawsuit is between Lubbe and DPS. He said his focus remains on the Horaney murder probe.

“Whether DPS informed me or not about the allegations against Davis seems of little importance to this investigation and is wholly unrelated to that which is most important: Finding Ronnie Horaney’s killer(s),” Dorrough wrote in an email response. “No person(s) has been charged in the murder of Mr. Horaney and until that occurs, this office will assist the sheriff’s office and Rangers as needed.”

The sheriff said Davis was one of the initial Rangers assigned to the case but no longer is part of that investigative team.

The widow’s attorney, Wes Holmes, declined to outright deny an affair had taken place, saying he was just beginning to pour over the lawsuit. His first question was why the claim of an affair is in a lawsuit accusing DPS of harming Lubbe’s career.

“To me, it looks like completely gratuitous, mean-spirited trash,” Holmes said. “I’m still getting my arms around it.”

Holmes said he would comment more after thoroughly digesting the filing. But he predicted it will be dismissed in six to nine months.

When contacted Wednesday morning, Ron Horaney’s mother, Betty Horaney, said she was aware of the lawsuit, but she declined to comment on it.

The suit says Davis was demoted from Ranger to DPS trooper as a result of the affair and that he can reapply for Ranger status in January 2019.

Lubbe said he learned of the affair from Davis, who joined him in a border special operations unit after losing his Ranger designation.

Lubbe seeks unspecified financial judgment in the suit, which also demands a jury be seated to hear its claims.

Read the full lawsuit below. 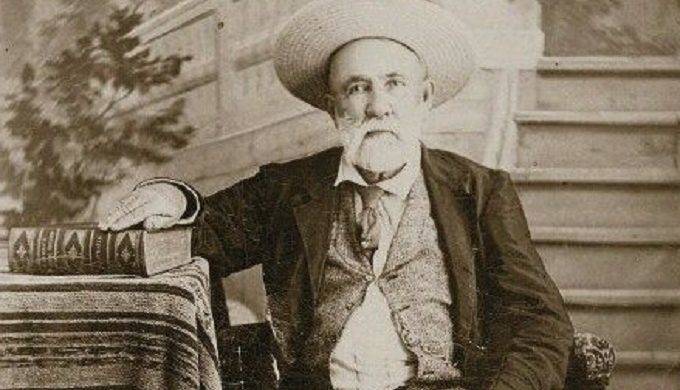 “Everyone in CC and Greg Co are nut jobs, especially Heather Johnson Metzig the dumb ass.

Yes, law enforcement killed Hornaey at the behest of his widow screwing the shooter(s) to get his life insurance. Open and shut.

Yes, Trooper Metzig knows who did it, as does every TX Ranger, DPS employee, FBI agent, judge, district attorney, and AG investigator in the region.

They know Rita Hicks and her Constable boyfriend killed Jackie Hicks in Alto, TX and let DA Charles Holcomb frame shit for brains Terry Watkins from Nacogdoches back in the 90’s. The precedent was set in stone.

What is telling about the Horaney case is that they haven’t framed anyone for his murder for hire, because the Gregg County DA won’t go along with it.

If Heather Metzig was smart, she would have packed up and left instead of getting arrested every 6 weeks.

They will eventually kill her or driver her to suicide