In Tarrant County, Tex., defendants are sometimes strapped with a stun belt around their legs. The devices are used to deliver a shock in the event the person gets violent or attempts to escape.

But in the case of Terry Lee Morris, the device was used as punishment for refusing to answer a judge’s questions properly during his 2016 trial on charges of soliciting sexual performance from a 15-year-old girl, according to an appeals court. In fact, the judge shocked Morris three times, sending thousands of volts coursing through his body. It scared him so much that Morris never returned for the remainder of his trial and almost all of his sentencing hearing.

The action stunned the Texas Eighth Court of Appeals in El Paso, too. It has now thrown out Morris’s conviction on the grounds that the shocks ordered by State District Judge George Gallagher, and Morris’s subsequent removal from the courtroom, violated his constitutional rights. Since he was too scared to come back to the courtroom, the court held that the shocks effectively barred him from attending his own trial, in violation of the Constitution’s Sixth Amendment, which guarantees a defendant’s right to be present and confront witnesses during a trial.

The ruling, handed down Feb. 28, was reported Tuesday in the Texas Lawyer.

Judges are not allowed to shock defendants in their courtrooms just because they won’t answer questions, the court said, or because they fail to follow the court’s rules of decorum. 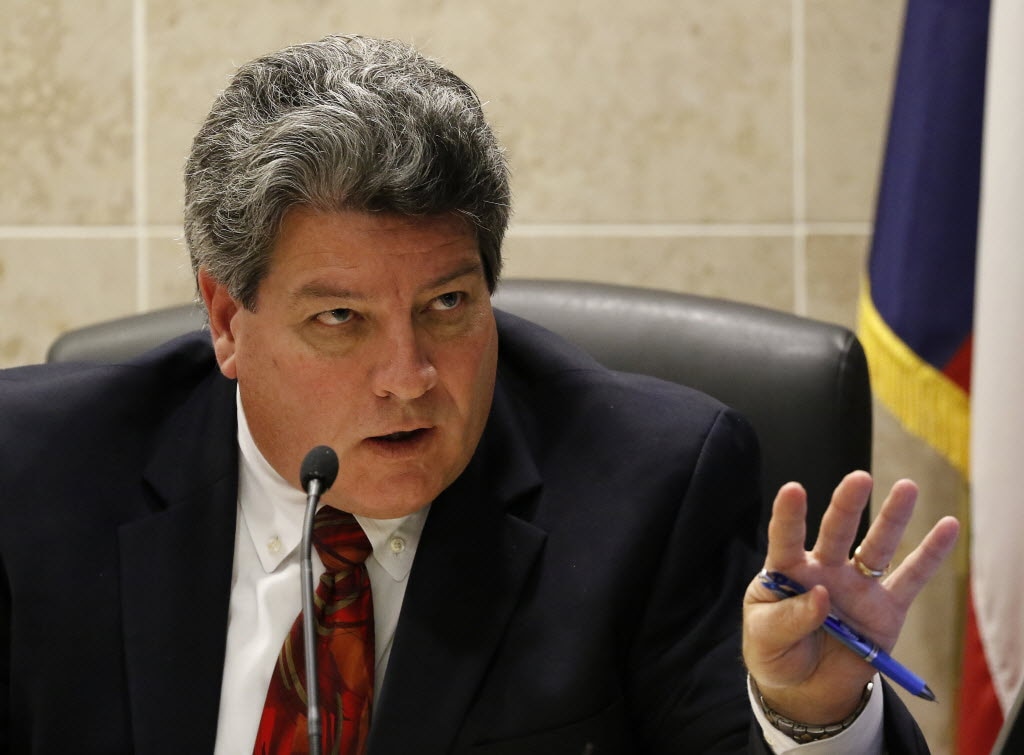 “While the trial court’s frustration with an obstreperous defendant is understandable, the judge’s disproportionate response is not. We do not believe that trial judges can use stun belts to enforce decorum,” Justice Yvonne T. Rodriguez said of Gallagher’s actions in the court’s opinion. “A stun belt is a device meant to ensure physical safety; it is not an operant conditioning collar meant to punish a defendant until he obeys a judge’s whim. This Court cannot sit idly by and say nothing when a judge turns a court of law into a Skinner Box, electrocuting a defendant until he provides the judge with behavior he likes.”

The stun belt works in some ways like a shock collar used to train dogs. Activated by a button on a remote control, the stun belt delivers an eight-second, 50,000-volt shock to the person wearing it, which immobilizes him so that bailiffs can swiftly neutralize any security threats. When activated, the stun belt can cause the person to seize, suffer heart irregularities, urinate or defecate and suffer possibly crippling anxiety as a result of fear of the shocks.

The stun belt can also be very painful. When Montgomery County, Md., purchased three of the devices in 1998, a sheriff’s sergeant who was jolted as part of his training described the feeling to The Washington Post like this: “If you had nine-inch nails and you tried to rip my sides out and then you put a heat lamp on me.”

Most courts have found that the stun belts are constitutional as long as they are used on defendants posing legitimate security threats — but the Texas justices said there was no evidence of that here.

he discord between Morris and Gallagher arose after Gallagher asked Morris how he would plead: guilty or not guilty?

“Sir, before I say that, I have the right to make a defense,” Morris responded.

He had recently filed a federal lawsuit against his defense attorney and against Gallagher, whom he wanted recused from the case. As Morris continued talking, Gallagher warned him to stop making “outbursts.”

“Mr. Morris, I am giving you one warning,” Gallagher said outside the presence of the jury, according to the appeals court. “You will not make any additional outbursts like that, because two things will happen. No. 1, I will either remove you from the courtroom or I will use the shock belt on you.”

The judge continued: “Now, are you going to follow the rules?”

“Sir, I’ve asked you to recuse yourself,” said Morris.

Gallagher asked again: “Are you going to follow the rules?”

“I have a lawsuit pending against you,” responded Morris. 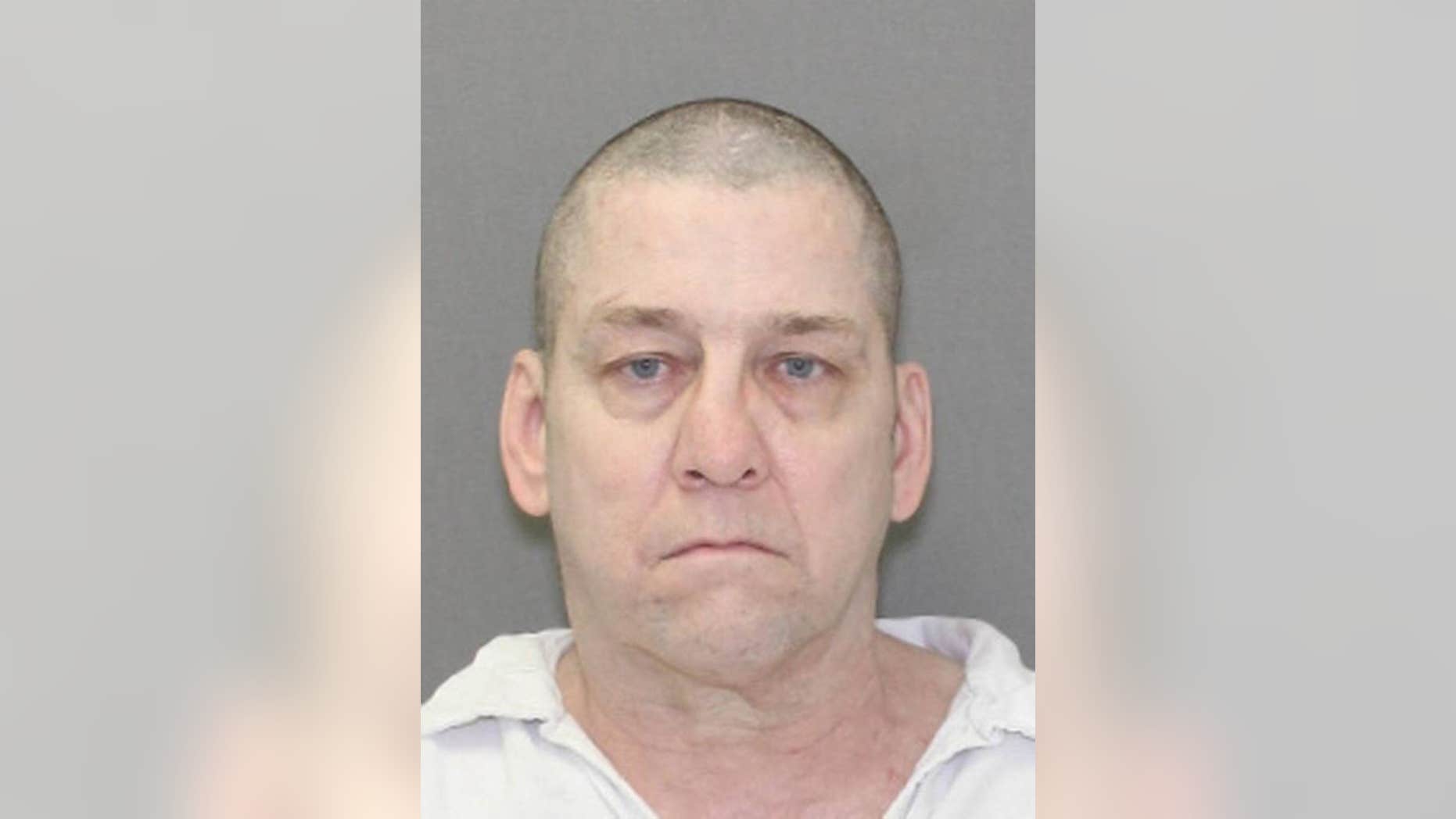 “Hit him,” Gallagher said to the bailiff.

The bailiff pressed the button that shocks Morris, and then Gallagher asked him again whether he is going to behave. Morris told Gallagher he had a history of mental illness.

“Hit him again,” the judge ordered.

Morris protested that he was being “tortured” just for seeking the recusal.

Gallagher asked the bailiff, “Would you hit him again?”

Federal prosecutors investigated and declined to charge a Tarrant County state district judge who ordered a bailiff to electrically stun a defendant three times during a trial in 2016.

A reference to the federal criminal civil rights violation investigation and charging decision is contained in a footnote on a Texas Commission on Judicial Conduct document describing its conclusions in a complaint case that involved Judge George Gallagher in the 396th Judicial District Court.

The document, which was prepared last month by the commission, refers to a U.S. Department of Justice review of Gallagher connected to his stun orders during the trial of Terry Morris.

What is a shock belt? 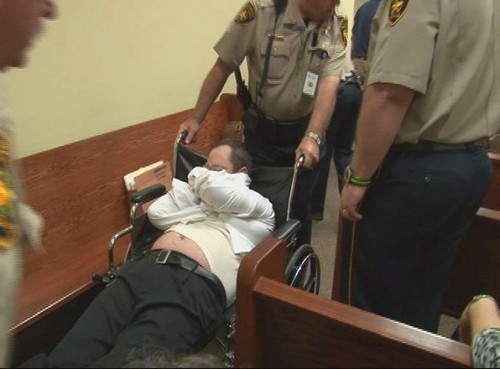