CBS’s gripping interview with her embedded below. Her two sons attend Robb Elementary. When she heard of the shooting, she sped 40 miles to the scene to find the police … standing around outside.

So she went into the building herself — after briefly being handcuffed by federal marshals, who were determined to stop her from endangering herself in the name of getting her kids out. Both of her sons survived.

There’s an important detail in the clip that I wasn’t aware of until now, though. Perhaps deliberately, the police have been vague on how long the gunman continued shooting after entering the school. They’ve said that most of the shots were fired in the first few minutes, but what does that mean? How many gunshots did they hear inside the classroom during the 45 minutes they were camped out in the hallway on the other side of the door? They must have heard some: The important detail is that Gomez says she heard shots being fired while she was inside the building trying to get her kids out. Given how long it took her to get to the school, that must have been at least half an hour after the first shots were fired.

How could the police stand there in the hallway listening to gunshots, not knowing how many children might still be alive inside the classroom with the gunman?

They’re not answering questions. And by “they,” I mean pretty much the entirety of the Uvalde city government: 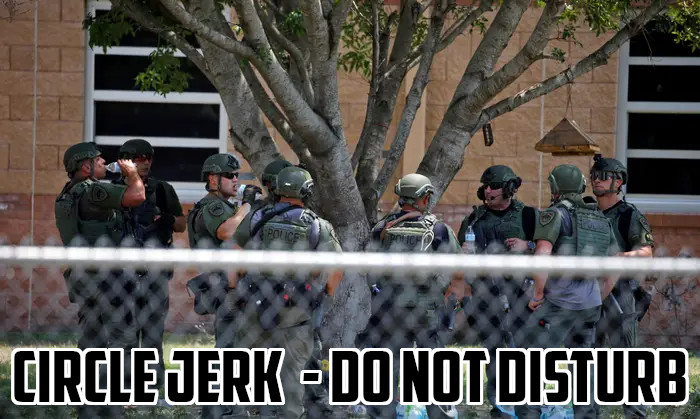 “They were cowards,” said Salvador Hurtado, a retired farm worker, who said Arredondo should lose his job. “There was one man with a gun, and they waited and waited. … I read the signs on the police cars that say ‘protect and serve.’ Where was the protection?”

But residents here also expressed broader desire for transparency from city and school district officials, whom they feel have retreated from serving their constituents at a time they are needed most.

City Hall has locked its doors during business hours and declined to immediately provide any public records to reporters. The chief of the city police force, Daniel Rodriguez, has declined to answer questions about his officers’ response to the shooting. A Uvalde CISD official told a reporter, falsely, that the first school board meeting since the incident would be closed to the public.

As you’ll see, the most shocking revelation from the interview comes via CBS’s reporter, who relays Gomez’s claim that some unknown officer threatened her with charges of obstruction of justice if she continued speaking out about the cops’ passivity. That would mean jail time for her, as she’s currently on probation for a prior offense.

Most of the blame for the police’s inaction continues to fall on Pete Arredondo, the chief of the school district police who was supposedly the incident commander at the scene. But one of his friends told the Texas Tribune that the state’s Department of Public Safety had more officers there than the school district did. Uvalde also has its own police department replete with a SWAT team. Why did it fall to Arredondo to manage this operation?

Is DPS hanging him out to dry in order to distract from its own failures? 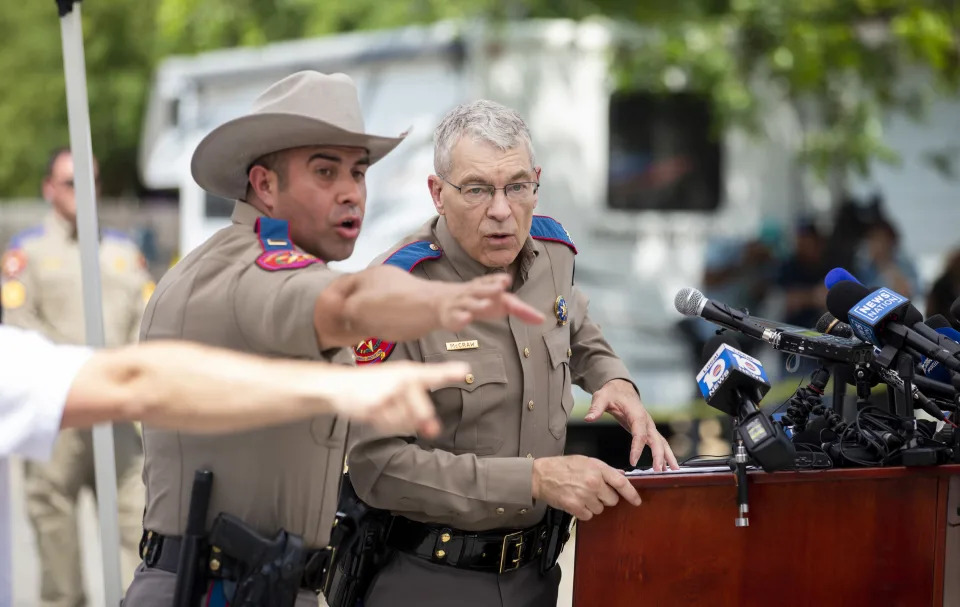 The dead aren’t the only casualties of the poor police response. Remember the teacher whom DPS accused of having accidentally let the shooter into the building by propping the door open with a rock? That accusation was false — one of many details about the massacre the police got wrong initially — and it compounded her trauma, her lawyer told the media yesterday:

An attorney for Marin, Don Flanary, told CNN on Friday that those days of blame have left Marin psychologically scarred and seeking neurological treatment.

‘She felt alone, like she couldn’t even grieve,’ Flanary told CNN, ‘She second-guessed herself, like ‘did I not do that?”

Here’s the interview with Gomez.