Republicans in Texas formally rejected President Joe Biden’s election in 2020 as illegitimate and voted in a state-wide convention that wrapped up this weekend on a party platform that calls homosexuality an “abnormal lifestyle choice.”

The party’s embrace of unfounded electoral fraud allegations in a bedrock Republican state came as a bipartisan congressional committee seeks to definitively and publicly debunk the false idea that Biden did not win the election.

The congressional committee investigating the Jan. 6, 2021 attack on the U.S. Capitol is building a case that Trump’s efforts to overturn his defeat in the 2020 presidential election — including by denying he lost — amounted to conspiracy to illegally hold onto power.

Trump, the 45th U.S. president, has denied any wrongdoing.

“We reject the certified results of the 2020 presidential election, and we hold that acting President Joseph Robinette Biden Jr. was not legitimately elected by the people of the United States,” the Texas party said in a resolution, passed in a voice vote at its convention.

Texas is a major player in U.S. national politics, with 38 electoral votes, the second highest after California. Voters there have backed Republican presidents for the past four decades. 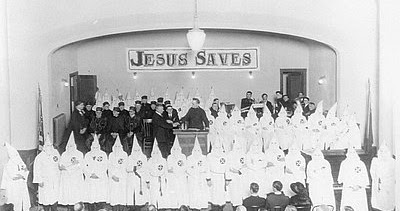 According to a recent Reuters/Ipsos poll, about two-thirds of Republicans believe the 2020 presidential election was stolen from Trump. State and federal judges dismissed more than 50 lawsuits brought by Trump and his allies challenging the election while reviews and audits found no evidence of widespread fraud.

One of the proposed principles in the latest Texas Republican party platform https://texasgop.org/wp-content/uploads/2022/06/6-Permanent-Platform-Committee-FINAL-REPORT-6-16-2022.pdf also includes new language criticizing homosexuality and voicing opposition to “all efforts to validate transgender identity.”

“Homosexuality is an abnormal lifestyle choice,” it reads, a statement that is not in the 2020 platform https://texasgop.org/platform.

Votes on the provision are being tallied and certified following the bi-annual state party convention, a party spokesperson said.

The Log Cabin Republicans of Houston, an organization that represents LGBT conservatives, said it was once again denied a request to set up a booth at the party’s convention this week, as it has been for past conventions. The group called the Texas Republican Convention’s actions “not just narrow-minded, but politically short-sighted.”

“If anything we are being more included” than in the past, he said, noting that the 2020 Republican presidential campaign had an official pride coalition, and the gay Republican vote doubled between 2016 and 2020. “President Trump was the most pro-gay Republican that we have ever had,” he added.