Running for the Hills in Waco

Before you decide to do something stupid like Parnell, YOUR SHERIFF FOR LIFE did………….

Before you boys and girls decide to play games with a cat lady on a pension, perhaps you might want to look at CHAPTER 39 of the TEXAS PENAL CODE covering ABSUSE OF OFFICE and Official Oppression.

You have them all running for the hills. Keep writing.
Something to note, Amber Aguirre who now works for the DA Office was at the Sheriff Office. She is scared of double dipping. She is feeding info to the SO deputies to keep this from going anywhere because she too will be wrapped up in the scheme.
Someone you forgot high in the command staff, Major Ricky Armstrong, double dipping as well. All of them in Command Staff. You got them running for the hills.
Joseph Ballew another Lieutenant and Kevin Ferguson, Also a big time double dipper, Brad Bond but also has an in with the DA Office. These guys here are the biggest double dippers.
One thing you got wrong, Michael Graham is actually the one handing out the cush overtime jobs. he has been in charge of highway work for years, he gives mostly to his boss, Shawn Nixon.
Keep em running, Eubank and company on the run now.
About 4 of them all got together to meet with an attorney to file a lawsuit on you last week. Just know what they are intending to do. Keep em running.
Eubank and wife apparently inherited almost 2 mill from a death of family member. Not sure who but we have info the got almost 2 mill about 2 months ago. We are working to find out more.
They also think PAR daughter has given info to you. Talks of some kind of search warrant for COMMs,. Just stuff we are hearing. Keep it going. We like reading. 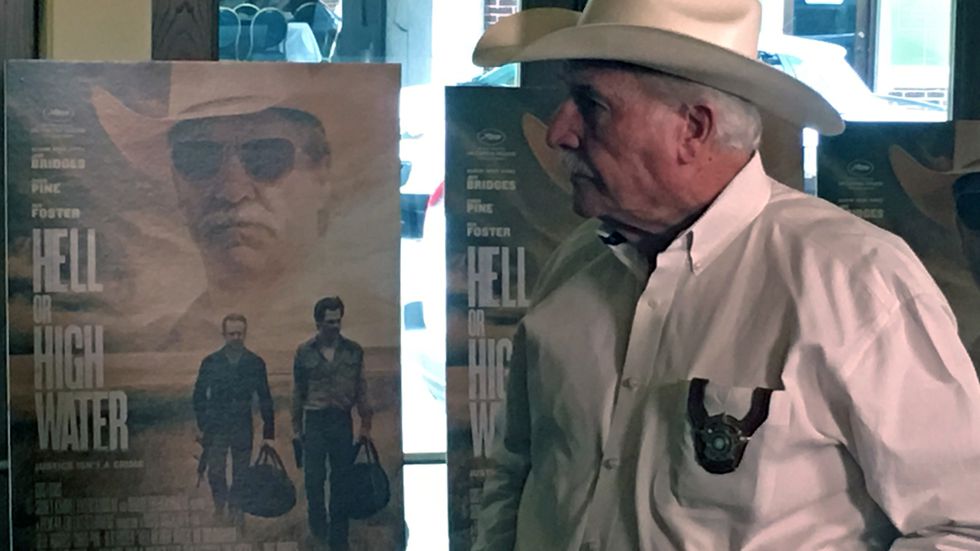 Well, really the question is, “How stupid are you?,” but we already know the answer to that..….

Parnell’s been messing with you, this running for sheriff over and over again ad nauseum, BULLSHIT!

If you google Parnell McNamara, actor, you get OUR SHERIFF FOR LIFE looking for work. This is new.

We suspect Par got a little $$sumthin and maybe, just maybe hired an agent that got him on GOOGLE as an actor, and endeavored to get Par and Char on YELLOWSTONE. You have to have an “agent”, and you have to pay them. THEN. KWTX, who are further up Parnell’s butt than the Eubanks, runs a teaser about a YELLOWSTONE van and Cousin Par, now Uncle Par, we didn’t know Mike Mc Had another kid, did you? Anyway, after some  terrible person sent Taylor Sheridan the Char crossing the Border to whip young innocent Haitians, and Par singing “Play that Funky Music WHITE BOY”, that sort of got ruined.

We know that if you profit from your name, then you have to resign.
Ohmygawd, NOOOooo, we don’t have Parnell for life? Well, we do because no one wants a racist who is too stupid to know that Play that Funky Music White Boy is the number 1 racist song if you google, racist songs. We did.
Parnell is ready to go to Hollywood with Char but we think he’s just going to be going Downtown by the River where we feel sure the Texas Rangers Public Integrity Division has a banquet room that’s not going to be for available to rent for a few weeks or months.
Now Par’s got Rangers in his pocket, got a Ranger’s wife working for him, another insurance policy installed inside the office BUT that isn’t going to work this time.
Parnell McNamara, actor, hope the Rangers keep that in mind when the question your dumb, dumb ass.
Party on Parnell, you might beat the rap but you will take the ride.
So…….which part’s the act?