A new Texas law designed to limit how race-related subjects are taught in public schools comes with so little guidance, the on-the-ground application is already tying educators up in semantic knots as they try to follow the Legislature’s intent.

In the most striking instance so far, a North Texas administrator informed teachers last week at a training session on House Bill 3979 that they had to provide materials that presented an “opposing” perspective of the Holocaust. A recording of the Oct. 8 training at Carroll Independent School District in Southlake

“Just try to remember the concepts of [House Bill] 3979,” Peddy could be heard saying on tape, according to NBC News. “And make sure that if you have a book on the Holocaust, that you have one that has an opposing, that has other perspectives.”

House Bill 3979, which went into effect last month, mandates, among other things, that if public school teachers choose to discuss current events or widely debated or controversial public policy or social issues, they should present numerous points of view “without giving deference to any one perspective.”

A teacher at the meeting asked, “How do you oppose the Holocaust?” Peddy responded, “Believe me. That’s come up,”

David Bebbington Distinguished Professor of History at Baylor University and Deborah Lipstadt Emory University Professor  both agree that to teach a differing opinion on the Holocaust would in essence be supporting  or denying it.  In other words taking the position of the Nazis. Or, taking the position of Holocaust Denial.  Holocaust denial is considered a serious societal problem in many places where it occurs and is illegal in several European countries and Israel. 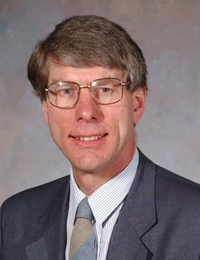 The methodologies of Holocaust deniers are based on a predetermined conclusion that ignores overwhelming historical evidence to the contrary.  Scholars use the term denial to describe the views and methodology of Holocaust deniers in order to distinguish them from legitimate historical revisionists, who challenge orthodox interpretations of history using established historical methodologies.  Holocaust deniers generally do not accept denial as an appropriate description of their activities and use the euphemism revisionism instead.  In some former Eastern Bloc countries, Holocaust deniers do not deny the mass murder of Jews, but deny the participation of their own nationals in the Holocaust.  In 2019, the Holocaust Remembrance Project Report highlighted this form of denial which they described as “revisionism”. They picked out Hungary, Poland, Croatia and Lithuania as the worst offenders.

Holocaust deniers prefer to refer to their work as historical revisionism, and object to being referred to as “deniers”. Deborah Lipstadt has written that: “The deniers’ selection of the name revisionist to describe themselves is indicative of their basic strategy of deceit and distortion and of their attempt to portray themselves as legitimate historians engaged in the traditional practice of illuminating the past.”  Scholars consider this misleading since the methods of Holocaust denial differ from those of legitimate historical revision. Legitimate historical revisionism is explained in a resolution adopted by the Duke University History Department, November 8, 1991, and reprinted in Duke Chronicle, November 13, 1991 in response to an advertisement produced by Bradley R Smith’s Committee for Open Debate on the Holocaust: 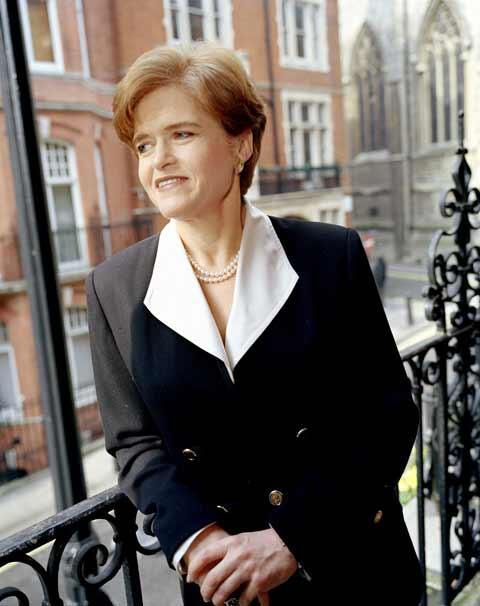 Lipstadt states that modern Holocaust denial draws its inspiration from various sources, including a school of thought which used an established method to question government policies.

In 1992, Donald L. Niewyk gave some examples of how legitimate historical revisionism—the re-examination of accepted history and its updating with newly discovered, more accurate, or less-biased information—may be applied to the study of the Holocaust as new facts emerge to change the historical understanding of it:

With the main features of the Holocaust clearly visible to all but the willfully blind, historians have turned their attention to aspects of the story for which the evidence is incomplete or ambiguous. These are not minor matters by any means, but turn on such issues as Hitler’s role in the event, Jewish responses to persecution, and reactions by onlookers both inside and outside Nazi-controlled Europe.

In contrast, the Holocaust denial movement bases its approach on the predetermined idea that the Holocaust, as understood by mainstream historiography, did not occur. Sometimes referred to as “negationism“, from the French term négationnisme introduced by Henry Rousso,  Holocaust deniers attempt to rewrite history by minimizing, denying, or simply ignoring essential facts.

Denial as a means of genocide

Lawrence Douglas argues that denial was invented by the perpetrators and employed as a means of genocide. For example, trucks of Zyklon B were labeled with Red Cross symbols and victims were told that they would be “resettled“. Douglas also cites the Posen speeches as an example of denial while genocide was ongoing, with Himmler referring to the Holocaust as “an unnamed and never to be named page of glory”. Denial of the mass murder of gas chambers, according to Douglas, repeats the Nazi efforts to persuade the victims that they were actually harmless showers

While the Second World War was still underway, the Nazis had already formed a contingency plan that if defeat was imminent they would carry out the total destruction of German records.  Historians have documented evidence that as Germany’s defeat became imminent and Nazi leaders realized they would most likely be captured and brought to trial, great effort was made to destroy all evidence of mass extermination. Heinrich Himmler instructed his camp commandants to destroy records, crematoria, and other signs of mass extermination.  As one of many examples, the bodies of the 25,000 mostly Latvian Jews whom Friedrich Jeckeln and the soldiers under his command had shot at Rumbula (near Riga) in late 1941 were dug up and burned in 1943.   Similar operations were undertaken at Belzec, Treblinka and other death camps

On September 5, 1996, author David Irving sued Lipstadt and her publisher Penguin Books for libel in an English court for characterizing some of his writings and public statements as Holocaust denial in her book Denying the Holocaust.

Despite her acrimonious history with Irving, Lipstadt has stated that she is personally opposed to the three-year prison sentence Austria imposed on Irving for two speeches he made in 1989, where he claimed there had been no gas chambers at Auschwitz. In Austria, minimizing the atrocities of the Third Reich is a crime punishable with up to 10 years’ imprisonment. Speaking of Irving, Lipstadt said, “I am uncomfortable with imprisoning people for speech. Let him go and let him fade from everyone’s radar screens … Generally, I don’t think Holocaust denial should be a crime. I am a free speech person, I am against censorship

At a school board meeting in Southlake, Texas on Monday night, former student Jake Berman took the mic and uttered these powerful, and unfortunately necessary, words: “The facts are that there are not two sides of the Holocaust. The Nazis systematically killed millions of people.” He went on to describe his experience, which he said nearly drove him to suicide. “I received everything from jokes about my nose to gas chambers, all while studying for my bar mitzvah from a Holocaust survivor as my primary tutor,” Berman, 31, told the Carroll Independent School District Board. “I still struggle with the depression that started at Dawson Middle School in 2003 to this very day.”

The school district head apologizes: ‘There are not two sides of the Holocaust’

In response to reports, superintendent Lane Ledbetter issued a statement via Facebook apologizing for the incident.

“As the Superintendent of Schools, I express my sincere apology regarding the online article and news story released today,” his statement reads. “During the conversations with teachers during last week’s meeting, the comments made were in no way to convey that the Holocaust was anything less than a terrible event in history.”

“Additionally, we recognize there are not two sides of the Holocaust,” he continued. “As we continue to work through implementation of HB3979, we also understand this bill does not require an opposing viewpoint on historical facts. As a district we will work to add clarity to our expectations for teachers and once again apologize for any hurt or confusion this has caused.”

When contacted by NPR with a request for comment, school district officials pointed to Ledbetter’s previous statement.

In a statement to NBC News, Karen Fitzgerald, a spokesperson for the district, said teachers across the state were put in a “precarious position” by House Bill 3979.

“Our purpose is to support our teachers in ensuring they have all of the professional development, resources and materials needed. Our district has not and will not mandate books be removed nor will we mandate that classroom libraries be unavailable,” she wrote.

Jake Berman was there to share his experiences in light of Texas Senate Bill 3 (SB3), a law that passed this summer to regulate how schools in the state teach social studies — specifically America’s racist history. Last week, his former district found itself in the eye the SB3 storm when leaked audio from a teacher’s meeting caught an administrator instructing teachers to teach “opposing” perspectives on the Holocaust, to stay in accordance with the law. Two decades after his traumatizing experience, Berman knew he had to speak up. And in his first interview after the meeting, he explained why he feels “a moral obligation” to use his voice.

“The antisemitism piece obviously hits home for me because I’m Jewish, but I really tried to parlay it into what this law really is intended to do, which is whitewash the racism that still goes on in the state and in the country today,” Berman tells Rolling Stone the morning after his public comments, which have been viewed more than 65,000 times on Twitter.

“I wouldn’t have gone up there in a public forum and said what I said if I didn’t think it would have some sort of effect or impact,” says the 31-year-old, who now lives in nearby North Richland Hills, says. “The reception I’ve gotten this morning has just been overwhelmingly positive.”

Holocaust comments are the latest in a string of controversies

Numerous local political leaders have chimed in on the claims, including Texas state Sen. Kelly Hancock, who argued that Southlake’s actions had nothing to do with the bill.

“School administrators should know the difference between factual historical events and fiction,” he wrote on Twitter. “Southlake just got it wrong. No legislation is suggesting the action this administrator is promoting.”

Another state senator, Beverly Powell, tweeted, “Already, we are seeing the impact of a vague and unnecessary bill that leaves teachers and administrators confused and afraid to teach the history of the Holocaust or the Civil War without teaching ‘both sides.’ “

News of the Southlake scandal comes on the heels of more drama in the district, located in the Dallas-Fort Worth suburbs. Late last year, a fourth-grade teacher faced disciplinary action after a parent complained that their child had brought home a book about being “anti-racist,” according to the NBC News report.