This story was produced in partnership with The Garrison Project, an independent, nonpartisan organization addressing the crisis of mass incarceration and policing.

Because no laws were changed to make explicit that gender affirming care is child abuse—a bill that would have done so passed the Texas Senate last year but stalled in the House—advocates and lawyers have said that the new directive is not legally binding. And district and county attorneys from nearly all of Texas’s major counties have said there will be no prosecutions of parents under this new directive. “We want to be clear: We will enforce the Constitution and we will not irrationally and unjustifiably interfere with medical decisions made by children, their parents, and their medical physicians,” a Feb. 24 statement from the DAs of five large Texas counties, including Dallas and Travis (Austin), stated.

But as the ACLU lawsuit shows, investigations in Texas will take place whether or not the prosecutors will bring a case against a parent because DFPS is compelled to comply with Abbott’s directive. Already, at least three reports of abuse have been made against parents of trans children. According to the ACLU lawsuit, a DFPS employee with a trans child was placed on leave and an investigator was sent to her home when she asked her supervisor for clarification on the new directive.

Such investigations—even if they don’t end in prosecutions—can be harmful. “Investigations are really terrifying—these are people who are coming into your house and have the power to remove your children at any time,” says Kelley Fong, an assistant professor at Georgia Tech who has researched how fear of Child Protective Services leads poor mothers to avoid needed services. “They’re doing a full, comprehensive assessment of all aspects of your family’s personal life, even if they’re not related to the issue at hand.”

And CPS investigations—and removals—of families with gender nonconforming children are already happening outside of Texas. In December, I reported on the case of Katee Churchill, a Michigan mom who had her children removed by CPS after she encouraged her middle child’s gender exploration. CPS alleged that Churchill pressured her child to transition; her child, now 11, asserts he made his own choice. The fathers of her children now have primary custody, and Churchill gets visitation with her children every other weekend.

The child welfare system—decried as “family policing” by critics—is a particularly potent tool for transphobic politicians because it was set up to surveil families that fall outside of the white, middle class norm. The system is actually a large web of state, county and city agencies, each with their own rules and procedures. The general public has only a vague understanding of this system, which in 2019 received 4.4 million reports of suspected abuse. The media often reports on only the most harrowing cases of child abuse, but these make up just a small fraction of the cases CPS investigates. Because the worst cases receive media attention, many people hold misconceptions about the parents and children that become entangled within it that can end up pushing more punitive policies towards families who need help. 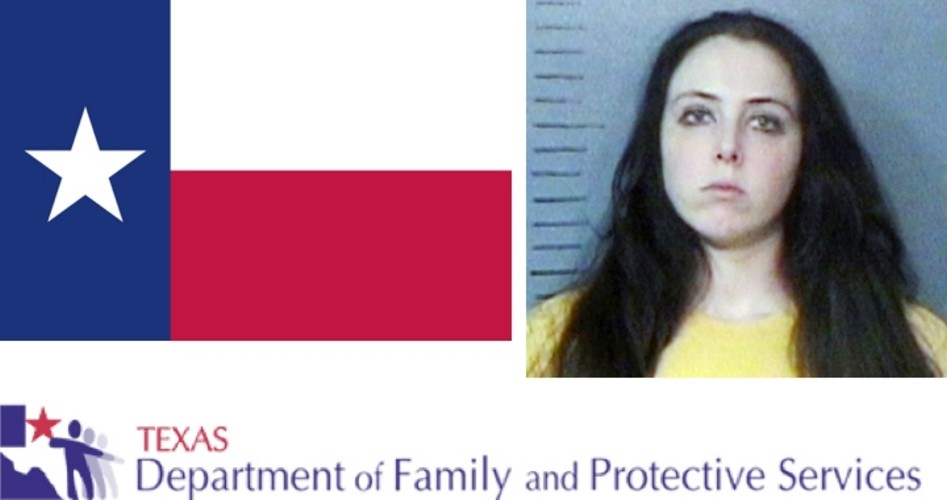 If a person calls into a child abuse hotline to anonymously report that they suspect another person has abused their child, that person will likely never know who made the report, as CPS has no duty to disclose it. CPS also doesn’t have to alert a person suspected of abuse to their rights during an investigation, a stark contrast to bedrock rights afforded to people in criminal cases under Miranda. And people investigated in abuse cases often don’t know their rights, like refusing to allow a CPS investigator into their home. “If you say ‘yes,’ the investigator will appreciate that you are cooperating,” notes a Parents Resource Guide from the Supreme Court of Texas Children’s Commission. “If you say ‘no,’ the CPS caseworker may think you are trying to be difficult and could hold it against you.”

CPS investigators have broad mandates in home searches: they can take pictures of food in a refrigerator and note the conditions of your home, including whether it’s messy that day and if a toilet is working. They might note bottles of alcohol, prescription medicines, any drugs or drug paraphernalia. This evidence, which is often based on a single caseworker’s subjective ideas about adequate parenting, can be used as evidence of abuse.  If a CPS caseworker thinks a child is in immediate danger, they can enter the home without parental consent, and remove the child right then. “Remember that even if you choose NOT to consent, CPS can always ask the court to allow them to act anyway,” the Parents Resource Guide notes. “Most of the time, the Court will order the investigation to continue even without your consent, so keep this in mind when deciding what to do.”

CPS might not even begin their investigation at the home. If CPS investigators go to a child’s school, they can question them there without parental consent. They can search a child’s body, including under their clothes. Parents will not even know this is taking place until afterward the search. If they find abuse is taking place, they can remove a child from school.

Parents in Texas are entitled to an attorney in CPS cases, but not until it goes before a judge. But many investigations never reach that stage, says Mark Zuniga, the managing attorney at Travis County Office of Parental Representation. The attorneys in Zuniga’s office are appointed to parents who can’t afford a private lawyer, and since the vast majority of CPS cases involve indigent families, nearly all parents have attorneys appointed to them. Zuniga said he was assigned virtually all of the cases currently on his desk after a child was removed from the home.

Because CPS cases are argued in civil, not criminal, courts, the legal protections afforded to parents are much weaker than those afforded to people charged with a crime. In criminal cases, for example, anyone accused of a crime is guaranteed a right to counsel. In the child welfare system, the consequences for caseworkers and investigators not following the law are also diminished. “Say an investigator and a police officer go to a house and there’s an allegation of abuse or neglect. The parent denies entry. The police officer and the caseworker go in anyway. And they see a criminal level of child abuse so that CPS gets involved and the police officer arrests the parent,” Zuniga says. “In the criminal case, you violated their constitutional rights. And so the exclusionary rule would apply—anything that was obtained illegally in violation of their constitutional rights, that’s inadmissible as evidence in a criminal case.” In a CPS case, however, that evidence is admissible, Zuniga said. “So in that scenario, you easily could see the criminal case getting dismissed and the CPS case going forward,” he said.

Despite the constitutional right to parent one’s children, and the fact that removing a child is one of the most serious consequences for parents imaginable, “in a CPS case, there’s always the protection of the child, which is really sacrosanct,” Zuniga said. “And so [the courts are] sitting there going, well, yes, the department did the wrong thing. But you’ve still got a hurt child.”

Like the criminal legal system, the child welfare system targets Black, Indigenous and LGBTQ families, and nearly all families involved in CPS cases are living in poverty. And CPS cases are not always about a child’s safety. In 2019, 61 percent of CPS cases in 2019 involved neglect only, which could range from a child having too many absences from school or a family experiencing housing insecurity, problems advocates assert are often synonymous with poverty. The rates of CPS cases involving physical and sexual abuse were much lower, at 18 and 9 percent respectively. More than half of reports are found to be unsubstantiated. While some families are ensnared in the system for years for questionable reasons, cases of actual abuse often escape the attention of CPS until it’s too late. 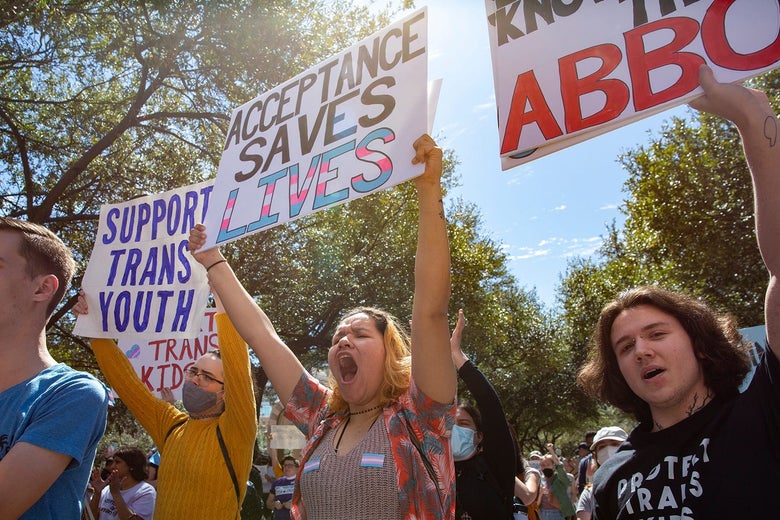 So advocates fear that Abbott’s new directive will be unevenly enforced. Because CPS cases are handled at the county level, families of trans children in Dallas, whose DA signed the February statement saying he would not interfere with medical decisions between children and their parents, are likely safe from prosecution, but those in smaller or heavily Republican areas might not. It was Texas state representative Matt Krause who wrote Paxton to inquire if gender-affirming care could be considered abuse—and Krause is running for district attorney in Tarrant County, the third most populous county in Texas that includes cities like Fort Worth.

And while parents of trans children with means have likely already begun to explore their legal options, poor parents with trans children are particularly vulnerable to state intervention, even if they live in a county that has refused to prosecute these cases. “It really opens a can of worms in some ways,” Fong says. Once an investigation starts, it’s “like turning over rocks—you never know what you’re gonna find, and once you ring the bell, you can’t unring it.”